There’s something that I love about seeing beautiful, wafty models, enclosed within the confines of the backstage walls at International Fashion Weeks.

Back stage photographers give an outsider, an insiders view. Extremely mundane human tasks such as standing around looking bored, staring blankly at a wall or perusing Instagram on a small phone screen become the most amazing things that must be captured on film.

It’s like seeing a unicorn graze on cigarettes and diet coke. Who wouldn’t want a photo of that. 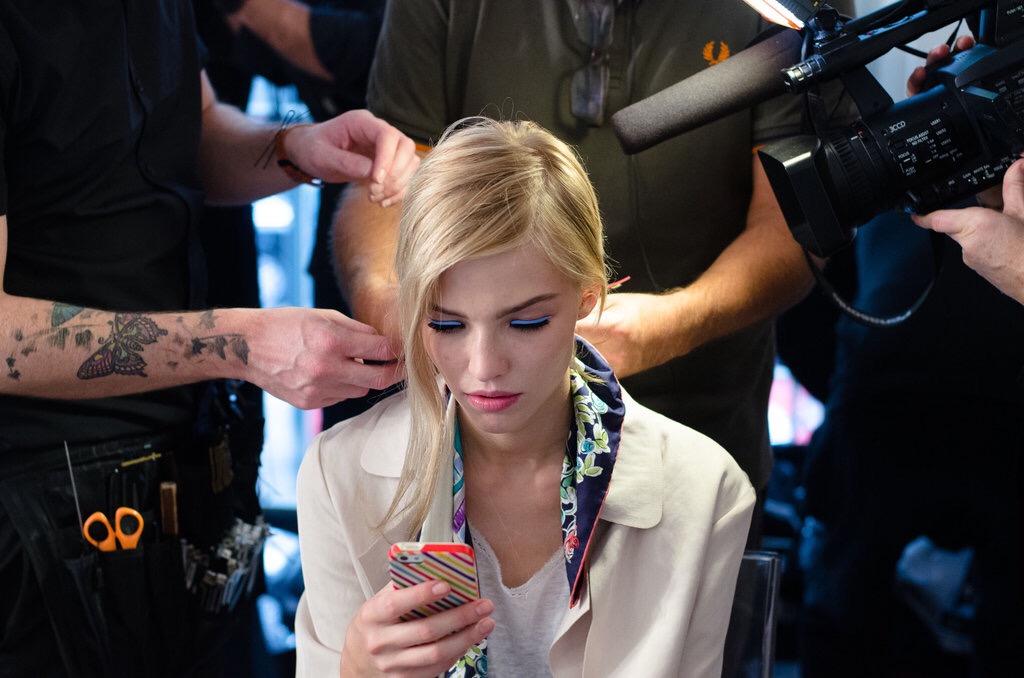 This time we feasted on a smorgasbord of pork only BBQ as we celebrated our fat, delicious friend, the pig, with Black Betty’s Original Pork Party.

With nothing but pork on the menu we were treated to a selection of Smoked Pork Belly, Pulled Pork, Maple Glazed Ribs, Char Sui Pork Neck, Crumbed and Fried Pigs Tails, Chorizo Sausage, Bacon Beans and Bacon Mac ‘n’ Cheese. Of course we ordered all of it, which resulted in around 1.4KG of BBQ for 3 people. That’s not including the Bacon Beans, Bacon Mac ‘n’ Cheese, Kale and Edamame Salad, slaw and Brioche buns.

My favourites were the Char Sui Pork Neck, Glazed ribs, Sausage and the Mac ‘n’ Cheese. I could’ve done without the Smoked Pork Belly, because really, what is pork belly without the crackling?

Make sure you try Rita’s Hot Ass Sauce with your BBQ, it’s not the hottest ass i’ve encountered but it was tasty.

After we stuffed our faces full of meat, cheese, sauce and beer, we made the short drive to Brewtown in Newtown for Cronuts and coffee.

We chose 3 cronuts – Chocolate, Original Glazed and Passionfruit for a “lighter option” to quote the server. Light it was not, but delicious, it was.

Sunday will now officially be known as the day of pigging out like a big fat pig.

See what I wore while pigging out here. 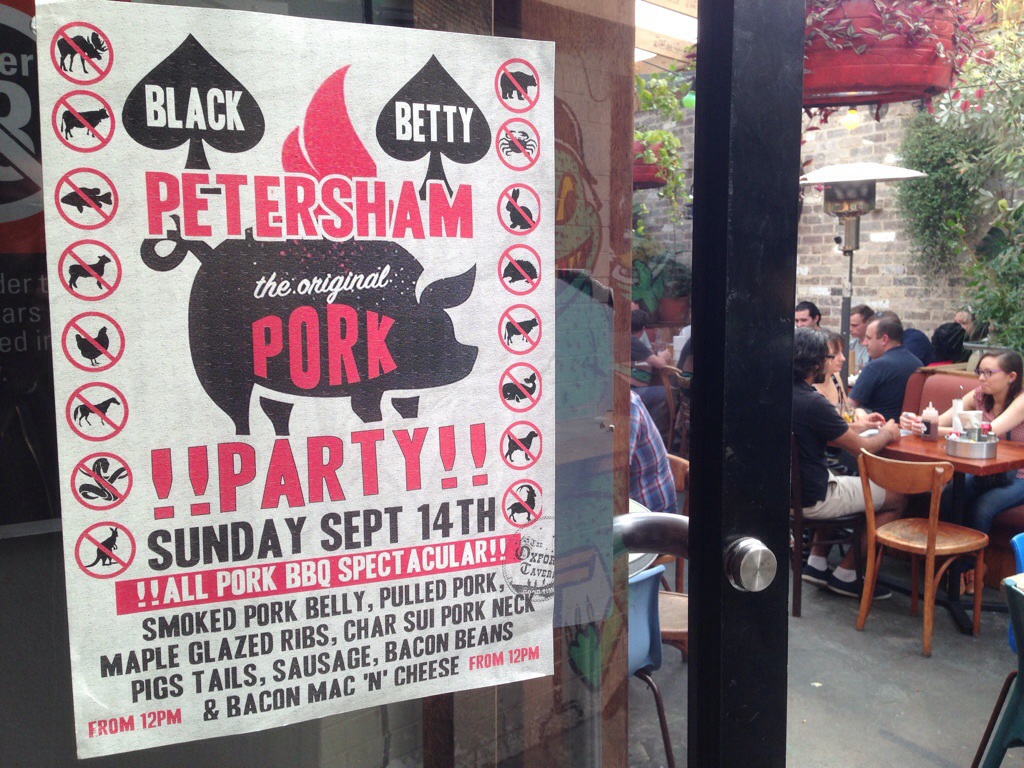 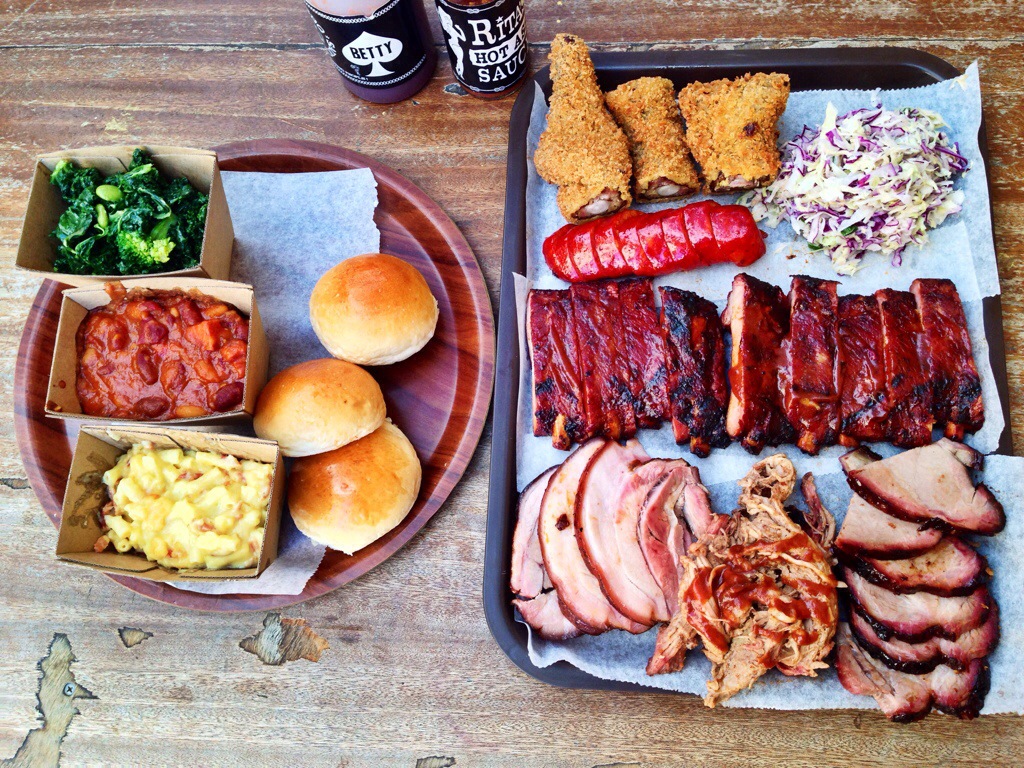 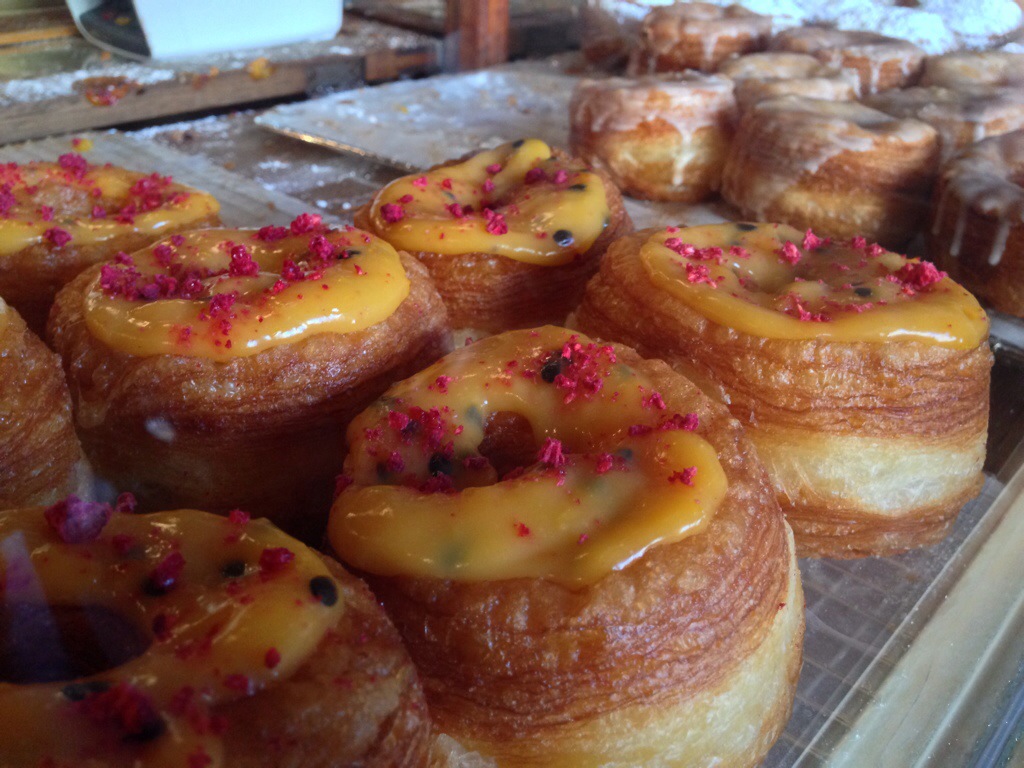 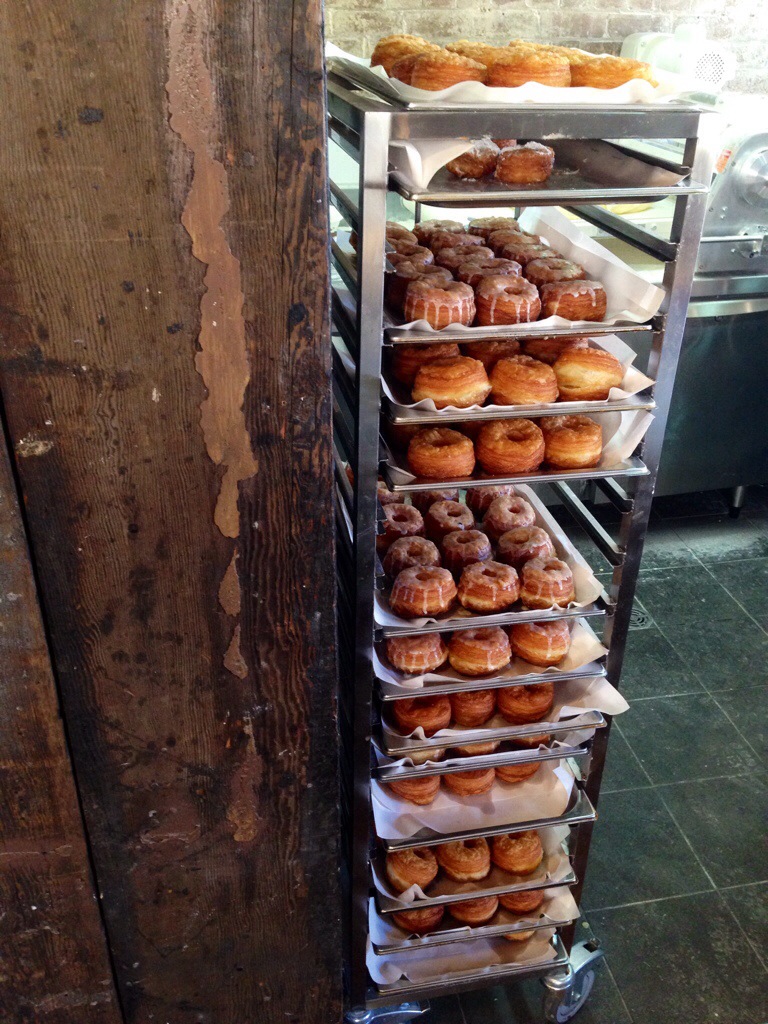 We had our first official Doggy Friday this week and I borrowed a co-workers Labradoodle to grab some happy snaps. Bailey the Labradoodle was too cool for a real lead, instead opting for a makeshift one, made out of orange nylon rope. What a dirty hipster.

I felt that I had dressed appropriately enough for the occasion, going for the dog walker meets stilettos look. In reality, I just wanted to wear my track pants to work and wearing them with heels makes them ok right?

New York Fashion Week is about to end and Is it just me or is anyone else more excited to view the clothes off the catwalk rather than on?

When Fashion Week rolls around each season, there are of course many designers shows who I favour and frequent. But the most frequented fashion show of all? The street happy snaps of photographer, Tommy Ton. There’s nothing like a horde of models, bloggers, photographers and fashions most elite, all gathered in one place, to create a frenzy of the latest and greatest fashion trends and beyond.

It’s is a free-for-all for anyone to get their fashion freak on and for me it’s more eye-candy than a Magic Mike strip show, with a guest appearance by Ryan Gosling and maybe Tom Hardy…

Back to my point, it’s real people (well kind of), wearing real (expensive) clothes, in the streets of some of the best cities in the world. 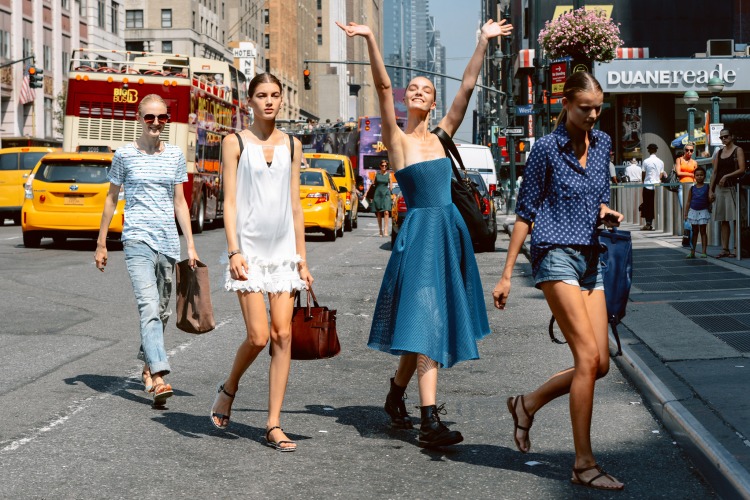 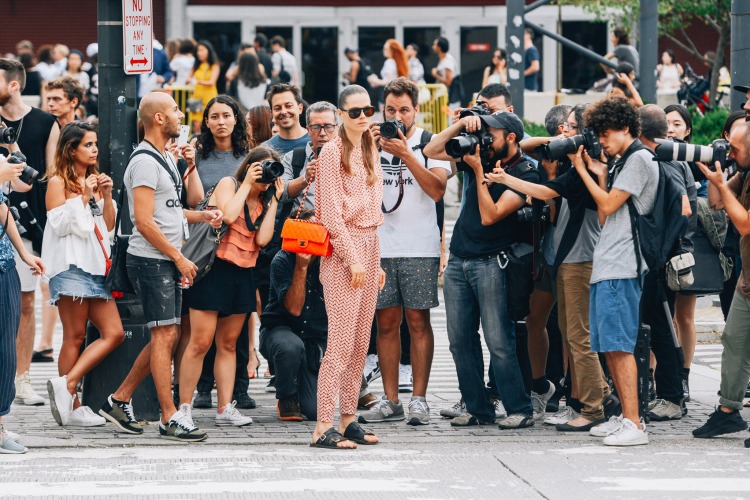 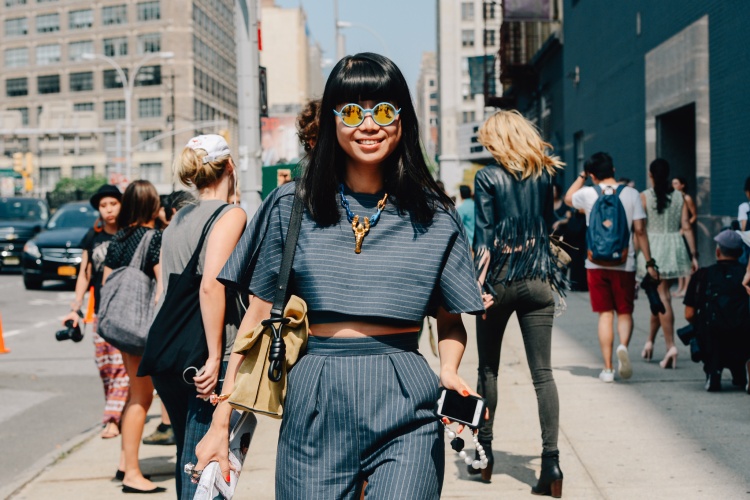 All photos by Tommy Ton | Style.com 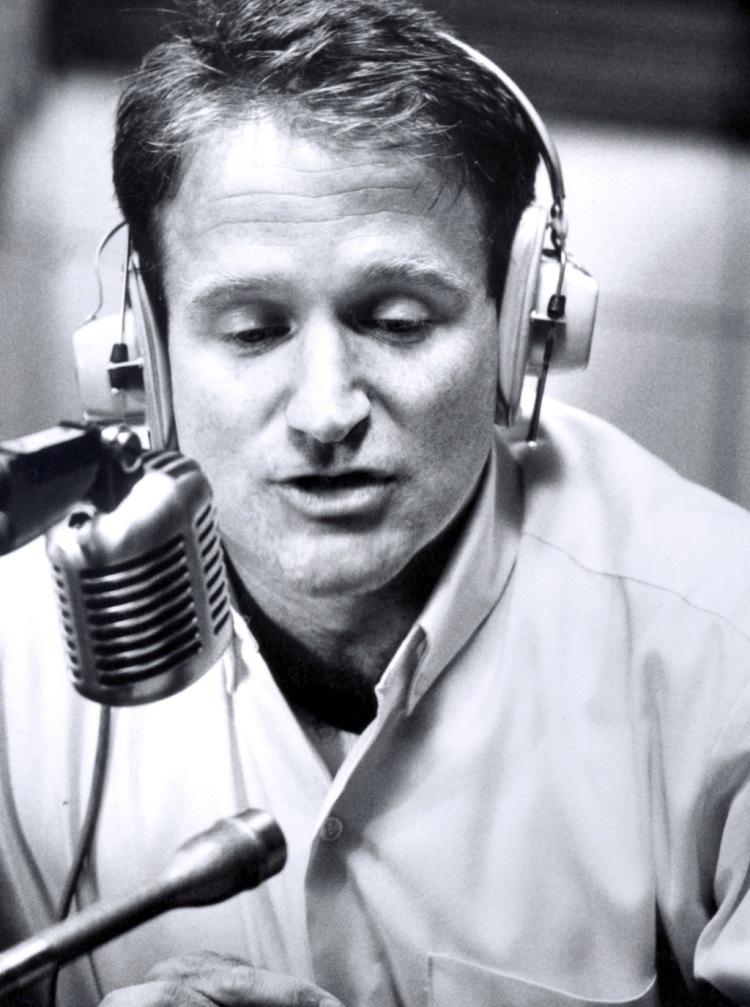 Be beautiful, you never know who you are inspiring

The Cool Guide For Smart Mummys

From a long line of sinners.

For the free-spirited bad ass with a gold soul

Kimi Encarnacion is a vintage junkie with an obsession for kitschy decor and a mad love for fashion and personal style.

Ali Does It Herself

because thread is the best glue.

The Grown Up Kids