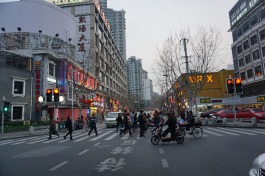 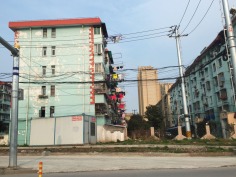 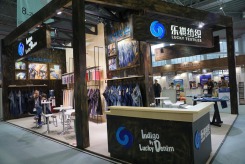 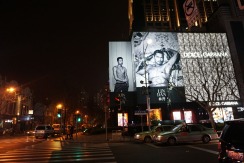 I’ve recently had a little hiatus from the blog due to some crazy deadlines at work. Days and nights blurred together and weekends were spent on the couch binge watching Freaks and Geeks on Netflix. I was the definition of a couch potato, while eating potatoes, seriously I became a potato.

Amongst all the chaos of day to day life, I was also sent a last minute work trip with 2 colleagues to Shanghai and being my first work trip and my first trip to Shanghai, I was excited. Exhausted but excited nonetheless.

Work trips are weird, especially to a place you’ve never been to before. The explorer and foodie in me wanted to run around, do weird shit and eat everything. However, instead, our time was meticulously scheduled into time allotments for fabrics, supplier and factory meetings, fabric fair exploring, designing on the road and sitting in awful traffic, which would put Sydney peak hour to shame. Where was everyone going? Was there a secret dumpling festival that I was missing out on? A happy waving cat emporium that had just opened?

Luckily for us, we stayed in the beautiful Xintiandi and had everything on our door step. There was an abundance of cafes, restaurants, night life and every designer label that I couldn’t afford staring at us every time we stepped out of our hotel. Had we actually landed in Shanghai? Or was our plane accidentally misdirected to Paris? You could’ve fooled me, apart from the thousands of Chinese people wandering around.

Anyway, just because I was on a work trip, didn’t mean I couldn’t document everything along the way and eat every weird thing I was offered.

You can take the holiday out of a work trip, but it can still be an adventure.

Or I can at least make it look like one…

Be beautiful, you never know who you are inspiring

The Cool Guide For Smart Mummys

From a long line of sinners.

“Fashion is not something that exists in dresses only. Fashion is in the sky, in the street, fashion has to do with ideas, the way we live, what is happening.” Coco Chanel

For the free-spirited bad ass with a gold soul

Kimi Encarnacion is a vintage junkie with an obsession for kitschy decor and a mad love for fashion and personal style.

Ali Does It Herself

because thread is the best glue.

The Grown Up Kids